The History and Evolution of Orthodontics | Dr. Suffoletta

The History and Evolution of Orthodontics 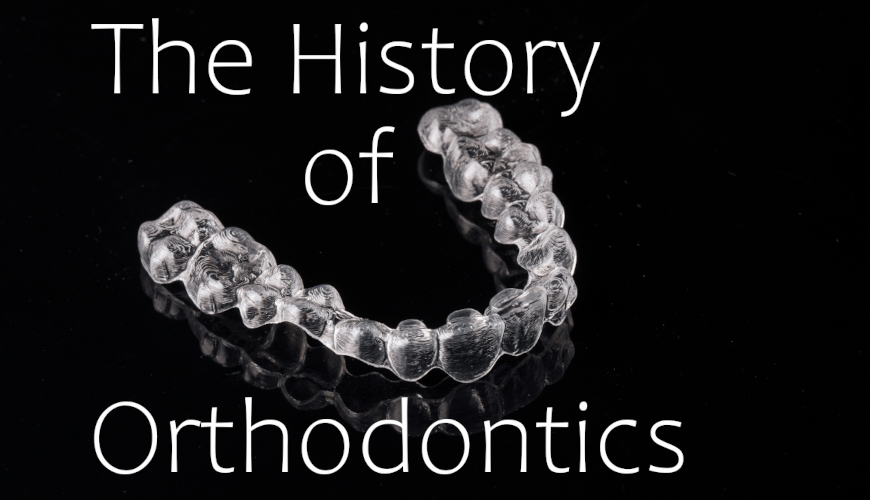 Orthodontic View from Ancient Times to the 21st Century

The history of Orthodontics dates back hundreds of years to a time when Catgut was used as one of the initial methods to shift the teeth over time. Catgut is a natural fibrous cord that is devised from the intestines of animals, in particular the goat’s and sheep’s intestines. Scholars and historians have long stated that Orthodontic braces date back to ancient times. Since the 400 to 300 BC, historical figures such as Aristotle and Hippocrates were said to have been experimenting with methods to manipulate the teeth to a desired position. As well as inventing methods to repair other deteriorating dental conditions.

Not only have Archeologist found mummified remains with what would look to most like metal braces, or a form of metal band wrapped around their teeth, but many other cultures have shown to have some degree of knowledge on tooth malocclusion. Cleopatra was have said to worn a pair and even a Roman tomb was once found with what was said to looked like golden ligature wire. The ancient Italian Etruscan civilization were said to have a dental ritual for their dead, where they would bury their dead in a manner that would prevent their teeth from collapsing. They placed dental appliances that would assist in preserving the space between the upper and lower jaw to prevent a collapse of the teeth.

Ortho in the 18th Century

Many cultures experimented with medical dental sciences to some degree. However, the trade, technology and capabilities were less than adequate at the time and nearly non-existent to say the least. Orthodontic really started coming out of its shell between the 18th and 19th century when French dentist professional Pierre Fauchard released his book called “The Surgeon Dentist” in 1728.

While the “Bandeau” was first used and possibly created by Pierre Fauchard, after 1754 a French Dentist to the King of France, Louis Bourdet took the steps once led by Pierre himself and perfected the “Bandeau”. During the same time, Louis Bourdet also published a book named “The Dentist’s Art”. In this, he highlighted the possibilities and methods of application necessary for tooth alignment. If that isn’t enough of a track record aimed at advancing the dental profession, he was also the first in recorded history to suggest the removal of premolars in order to minimize crowding in the mouth and lessen the discomfort.

Ortho in the 19th Century

Orthodontics didn’t really break free from its shell as a scientific profession until the mid-19th century. At this time, many were looking to plant their name in the dental profession and some did with the creation of specialized tools and instruments that helped improve the design and application of orthopedic dental braces. Before this, there were methods to help improve the alignment of the teeth by straightening the teeth and palate however, the 19th century ushered in a new era in the application, skill and care that goes into Orthodontics and the overall aesthetics of the teeth and mouth.

Some of the notable methods and inventions are:

The wire crib was introduced by Delabarre in 1819. This was the embarkment of contemporary ortho and lead to a multitude of other creations and published books on the methods of treating irregularities and deformities. In 1843 Maynard began to implement gum elastics, according to records and in 1850 rubber bands were used by Tucker. It is said that he cut them from rubber tubbing.

At this time, a few notable books were published that helped to further advance the Ortho profession:

Ortho During the 20th Century

During the early 20th century, many advancements and developments were created. Many of these advancements developed have been attributed to one man, Edward Angle. Dr. Angle had a way of looking at Orthodontics and simplifying it in all aspect from classification systems to designs and tools. He is accredited with the simplification of Orthodontic dental appliances and designs as well as the creation of the Malocclusions classification system, which is referenced as Class I, Class II, Class III and so on.

Dr. Angle had other notable contributions for the Orthodontic industry over his career such as:

In the 20th Century, NASA became a very important part of the advancement of Orthodontics. Whether this was by design or by coincidence is up for debate but what is known is that the creation of a new metal called “Nitinol” allowed Dr. George Andreasen to develop a new method of fixing braces during the late 1970’s. The make-up of Nitinol allowed the metal to have higher levels of elasticity.

After tested use of real patients, Dr. Andreasen eventually realized that he could use this method for his patient’s complete treatment from start to end. This increased efficiency in the dental industry and thereby decreasing the time and cost it normally took to deal with such dental problems.

From Wires to Molds

Today, Orthodontics has shifted from an in-office experience to a highly competitive, over the internet, do-it-yourself, at-home hustle. But is this experience really the right way to do this? According to a previous report we noted in a recent article, this may not be the best way to go for yourself.

In the late 20th century, a new tool was developed called Invisalign. These were clear aligner molds that overtime is modified in order to shift the teeth to a desired position. This invention was a one-of-a-kind tool looking to address the visual imperfections of braces by developing something clear that can be worn all day, with minimal impact to a patient’s habits and lifestyle.

Move a little forward towards the early 21st century and competition has increased dramatically in the clear aligners sector with direct-to-consumer clear aligner molds. As noted in an article published by KHN.org, DIY teeth alignment systems have not proven to be the best option out there compared to in-office Invisalign. This is largely attributed to limitation in diagnosis, 3D imaging and a hands-off approach to some applications that are needed such as teeth buttons to properly guide the alignment of the teeth.

Many of the traditional methods are still in use today with added versions of them. We will list them below but as a professional dental practice, we recommend in-office Invisalign if you want the best results.

RELATED ARTICLE: How to Care for Your Invisalign Clear Aligners

Before you take a chance with online subscriptions, call us today at 702-671-0001 for a consultation to see if Invisalign is the right procedure for you. 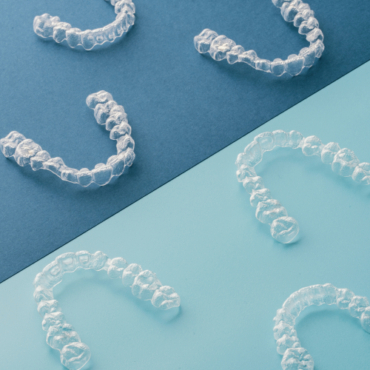 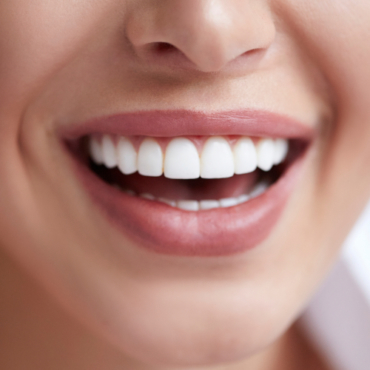 The Evolution of Aesthetic Dentistry